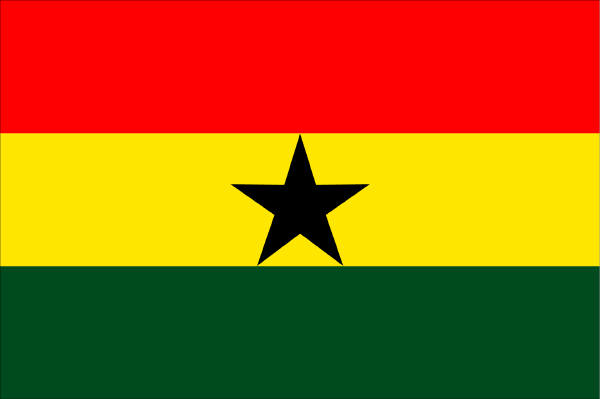 Ghana and Ghanaians, after 6th March, 1957 independence did not choose to walk within the corridors of the Most High God, who alone holds the destinies of nations and their peoples in His hand. Not only does He hold destinies, He steers and directs them to total fulfillment as well. "Blessed is the nation whose God is the Lord, and the people He has chosen as His own inheritance. Psalm 33:12; Unless the Lord builds the house, they labor in vain who build it; unless the Lord guards the city, the watchman stays awake in vain". Psalm 127:1.

Ghana's independence from the British Imperialist Rule was partial and not total or complete because she did not receive freedom from "spiritual" bondage. And until a nation or individuals are free spiritually, they cannot be free physically. At the time of Ghana's historical independence, we did not have true and right spiritual leadership. Rather we had leadership whose composition, spiritually, mentally, intellectually, ethically, morally and physically was a mixture of tradition, superstition, falsehood, humanism and fables. This is pure mythology. Mythology does not and cannot build a nation. Mythology does not release people into their destinies neither does it help them to operate their destinies. He who created the nations and their peoples is not a myth; indeed He is a real God. The children of Israel [chosen by God to be a model nation to all nations of the earth], according to the Bible, and during the days of Eli, the high priest, milled around. To mill around is to move around aimlessly or confusedly as a crowd. The reason being that Israel had no spiritual direction, inspiration or challenge. There was no formidable, genuine, selfless, courageous, uncompromising spiritual leader. A leader who was totally sold to God and to the absolute interest and well-being of the people. There was no man or men through whom God could unmitigatingly communicate His vision, His purpose and His intention to Israel as a people and a nation.

Ghana, as a richly resourceful nation and her very talented and gifted sons and daughters have been milling around and are still milling around because there is not as yet a man or a group of people through whom God could communicate His vision, His purpose and His timeless intention to us. God is scrutinizing; He is still in search for a man and a people that He can wholly entrust with the destiny of Ghana. Ghana has so far been led by the Sauls but now He is looking for the Davids.
God's plan, purpose and intention for a nation and her peoples are made manifest to a man or a woman who is God-fearing, selfless, dedicated, sacrificial, faithful, honest, caring, sincere, dependable, trustworthy, patriotic and God-loving. A true leader is one who has the security, protection, success, well-being, peace and good end of those over whom he exercises his leadership role at heart. One who hears and knows the heart-beat of God for His people. One who can see far with the eyes of God and with aspiring courageous and forward-looking heart. One who would not use the people as his shield and covering but rather be as a shield and covering to them.

WHAT MAKES A NATION GREAT?


1. A nation becomes great when that nation has a right kind of citizens.

2. A nation becomes great when the citizens establish the right kind of institutions.

3. A nation becomes great when the citizens are Righteous.

4. A nation becomes great when the citizens establish sane and equitable judicial institution which oversees the orderly and just governance of the citizens. A judicial system where no one is considered to be above the law.

THE FORCES THAT DESTROY NATIONS

1. Atheism
2. Materialism
3. Socialism under socialism thrift is penalized whilst laziness is rewarded.
4. Alcoholism and Drug-abuse
5. Secularism when God is taken away from our schools and Government.
6. Violence and lawlessness
7. Satanic and demonic worship Idolatry which is rebellion against God who is creator of heaven and earth.
8. Humanism A system which puts human interests and mind of man paramount, rejecting the supernatural, belief in God who created all things. To say that man is a God in himself.

True "womanhood" is associated with accountability, dependability, dedication, responsibility, moral fitness, a sense of purpose, and enterprise. The Ghanaian woman is not a woman because she was born female. She chooses to be a woman and lives as one.
The Ghanaian female matures into womanhood with adequate knowledge of the culture and tradition of the tribe she hails from. Her values which have within them her choices, desires, inclinations, aspirations and identity are nurtured and upheld by the awareness and knowledge that she has about her culture and tradition and her meticulous observation of them.

Elegance, vivacity and attraction compose the Ghanaian woman. It's like almost every Ghanaian woman has royal blood running through her veins. That natural infusion assists to conduct the Ghanaian woman in a noble and queenly manner. A virtue vivid in both the literate and the illiterate.

The Ghanaian woman's body is truly feminine. Soft, tender, smooth and shapely, making her the focus of attention within every environment. Not only graced with beauty and elegance but also with high and supple intellect, the Ghanaian woman is very industrious to recommend herself to any true man's esteem and affection.
Most Ghanaian women take pains in the duty of their places and take pleasure in them. They hate to sit still and do nothing. They are careful to fill up time, that none of that be lost.

The Ghanaian woman applies herself to the business that is proper for her. She takes much delight in what is legitimately her own and would hardly permit it to slip into another person's hands. She does not employ herself in sitting work only, or in that which is only the nice performance of the fingers; but if there be occasion, she will go through work that requires all the strength she has, which she will use as one that knows it is the way to have more.

When the Ghanaian woman survives her husband, still she will be doing him good in her care of his children, his estate and good name.
A strong competitor and go-getter as the Ghanaian woman is, she also has the comfort and satisfaction of her virtue in her own mind. She enjoys a firmness and constancy of mind, has spirit to bear up under many crosses and disappointments, and this is her clothing, for defense as well as for decency.
These qualities sometimes make the Ghanaian woman a threat to the Ghanaian man whose manhood is purely based upon just gender. Rather, this kind of Ghanaian woman must be appreciated, respected, treasured and considered a blessing to family and nation building. Must be the pride of any man with a sense of purpose and accomplishment.

In spite of the proliferation of perverse, indecent, promiscuous and unchaste behaviors and activities in today's society, I can still stick my head up to say that, the Ghanaian woman is a "VIRTUOUS WOMAN". 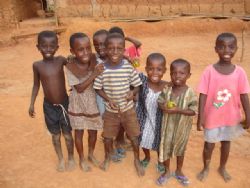 OFFER HOUSING AND EDUCATIONAL TRAINING TO:

DONATE GENEROUSLY TO SUPPORT THIS WORTHY HUMANITARIAN CAUSE.